Police and paramedics have swooped on an address in Hemel Hempstead yesterday after two males were stabbed.

Police were called shortly after 2.20pm on July 9 to the vicinity of The Wye, near Astley Cooper School. 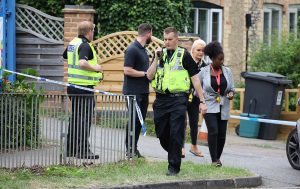 Two men aged in their 20s were found with injuries, believed to be stab wounds caused by an unknown implement.

They were taken to hospital for treatment, but their injuries were not deemed life-threatening or changing. One of the men has since been released from hospital.

A large part of the area was been cordoned off by officers. 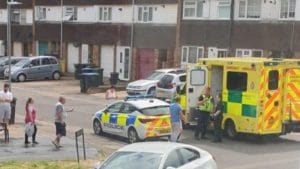 Detectives from the Local Crime Unit are currently investigating the circumstances around the incident and are working to trace those involved.

Anyone with information is asked to contact the non-emergency number 101, quoting crime reference 41/62347/19.

Alternatively, you can stay 100 per cent anonymous by contacting the independent charity Crimestoppers on 0800 555 111 or via their untraceable online form at www.crimestoppers-uk.org.

For over 30 years, Crimestoppers has always kept its promise of anonymity to everyone who contacts them.