During the first protest on April 1, campaigners chained themselves to a tanker, blockading the oil depot. Police were called to the terminal just before 4.15am to reports that a number of people were blocking the entrance to the depot and 27 people were arrested.

Two days later another protest took place at Buncefield, with the action group gaining access to inside the terminal in the early hours of the morning. Police were then called at 3.12am on Sunday, April 3 to reports that a number of protestors were at the site and 14 people were arrested.

On Sunday, April 10, police were called once again to reports of protestors blocking the site entrance and arrested 13 more people.

Superintendent Sue Jameson, who is leading the Hertfordshire Police response, said: “This now brings us to a total of 54 arrests that have been made in Hertfordshire so far. Unlawfully accessing an extremely hazardous site in this manner is unacceptable – it poses serious danger to both the protestors themselves as well as the public, site workers, and the emergency service workers who are having to manage the situation safely. We continue to work alongside partner organisations, other affected forces and the CPS with the view of bringing charges against those involved.”

Just Stop Oil Campaigner Ben Webb, who was arrested outside Buncefield on April 10 said: “I’ve got two beautiful daughters, and because of the government’s inaction on the fossil fuel industry, they are going to experience unimaginable suffering and have an early death.

“That is why I’m here today. This government is sick, they don’t care about the future of our children, they just care about keeping the status quo, keeping the fossil fuel industry going, keeping the rich, rich and not caring about anybody else.” 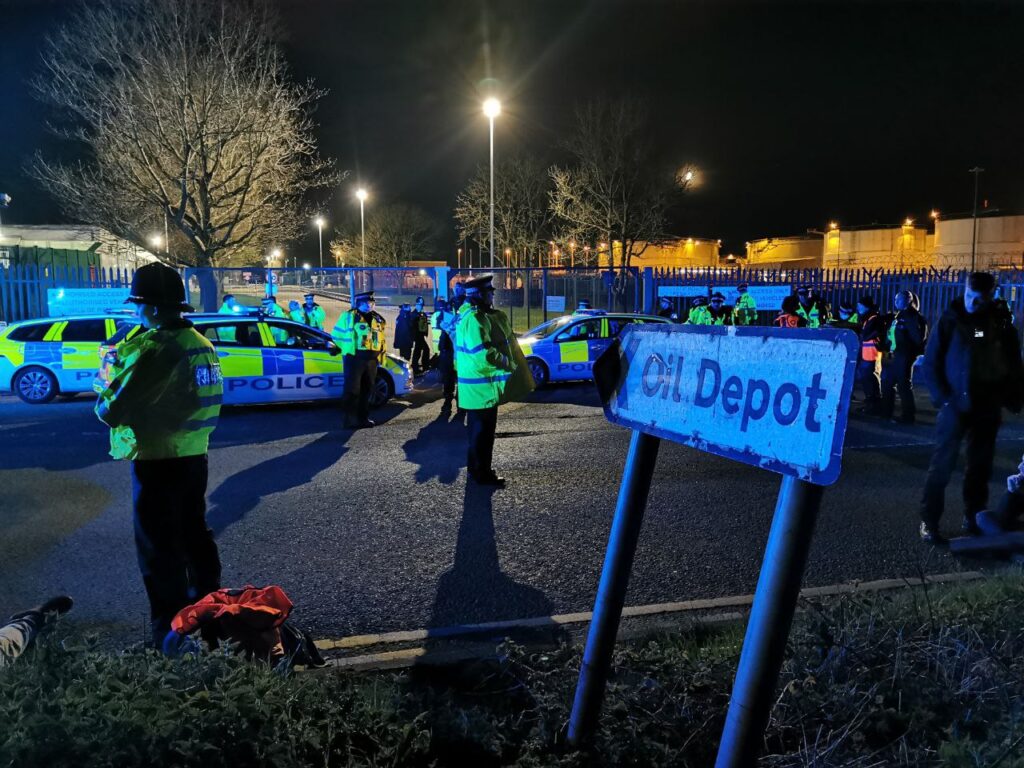