At the time of a tragic death, a Pinner family channelled their mourning into positivity and launched a fundraising foundation just weeks after their 16-month-old son passed away.

The Aydin Foundation was set up by Rumel Kamaly and Fahmida Chowdhury to keep a lifelong legacy of their son Aydin Kamaly.

Aydin tragically passed away after accidently falling into the swimming pool of a property which the family were renting in Fuerteventura on January 23, 2019. The coroner recorded his death as an accident.

Once found by relatives of the family, Rumel gave CPR to his son but unfortunately couldn’t revive him.

Rumel opened up about the reasoning behind creating a charity foundation just days after his son’s death.

He said: “Aydin was such a bubbly character, he was the life and soul of every party and if he was given the chance to live old, he would have made a name for himself, so we wanted to make sure his name lived on.

“We don’t want him to be forgotten. It was a few days after his death when we came up with the idea because we wanted to focus all our energy on him without him being here.”

An amazing £45,000 has been raised since the tragedy, which has funded life-changing projects across the world which are all connected to Aydin’s passions. 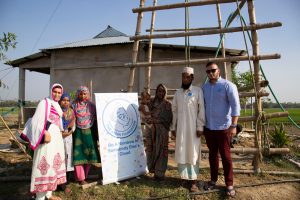 “It is astonishing and I would like to thank everyone who has donated, supported and reached out to us. It feels even better because 100 per cent of the money has been put into projects which Aydin would have loved.

“He loved water, bath time was the best time of the day for him and he also loved books, so we wanted to improve clean water access in remote villages whilst providing education in other countries.”

In the months since its creation, there have been over 15 deep water wells built in Bangladesh and medical care in the form of a free eye camp for people in Bangladesh villages. The Aydin Foundation is also working on building another 15 deep water wells in remote parts of Sri Lanka, Pakistan and Mali; there are current talks to build a school in Aydin’s name in South Africa for its 2020 project.

“Once the work was done and the wells were built, the locals were crying tears of joy. They were thanking us, saying ‘you have changed our lives’. Children would normally walk 30 minutes to get contaminated water from nearby lakes, so these wells were huge for them,” said Rumel.

Alongside the fundraising work, the husband and wife have held free CPR sessions around Pinner to help prevent similar tragedies from occurring.

Rumel explained: “It does link back to when I gave my son CPR – my wife and I want to raise awareness, educate and help save lives.”

The sessions are privately funded by the family who recently held a class in June at Aydin’s former nursery, Asquith Hatch End Nursery, Pinner. 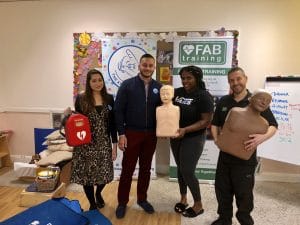 Despite the devastating impact Aydin’s death has had on the family, Rumel believes that it has brought everyone closer.

He added: “We are now doing projects together. The death of a child is unimaginable and you can slip into the path of depression or the path of making a change. I didn’t want to fall in that trap and I didn’t want to let my wife and family either. We wanted to keep his name living – we love Aydin dearly and we are doing good in his name.”