Last week I wrote about the different levels of customer service that are out there.

This week I had the perfect comparison of the differences in just under 48 hours.

I recently popped into my local Marks and Spencer, picked up a few bits and went home.

As I opened my bag of ‘fresh’ rocket salad I noticed it was obviously off even though the best before date still gave it two days of life.

I popped back into the store to return the package expecting a refund but was pleasantly surprised when I was given back my money AND a £2 voucher.

I didn’t ask for it but the gentlemen dealing with my complaint gave it without fanfare or fuss and I left the store a happy shopper.

Now call me unlucky but a couple of days later I visited Sainsbury’s picked up some more bits including packaged broccoli and when I got home noticed I had an unwelcome guest.

A spider (a live one!) had somehow got into the packaging and made it his or her home.

Cue another trip to a supermarket customer service desk but the experience couldn’t have been more different.

I explained the story to a member of the ‘customer service’ team and was flippantly told just go and pick another one up. No smile, no apology, barely any eye contact.

I said I wanted compensation – after all the only reason I’d come was to return the spider inhabited broccoli.

The girl told me there would be no compensation. I politely said I wanted to see the supervisor. Now here’s where the story takes a very funny turn.

The supervisor said there was no need for any compensation because, wait for it, the spider was from Scotland! 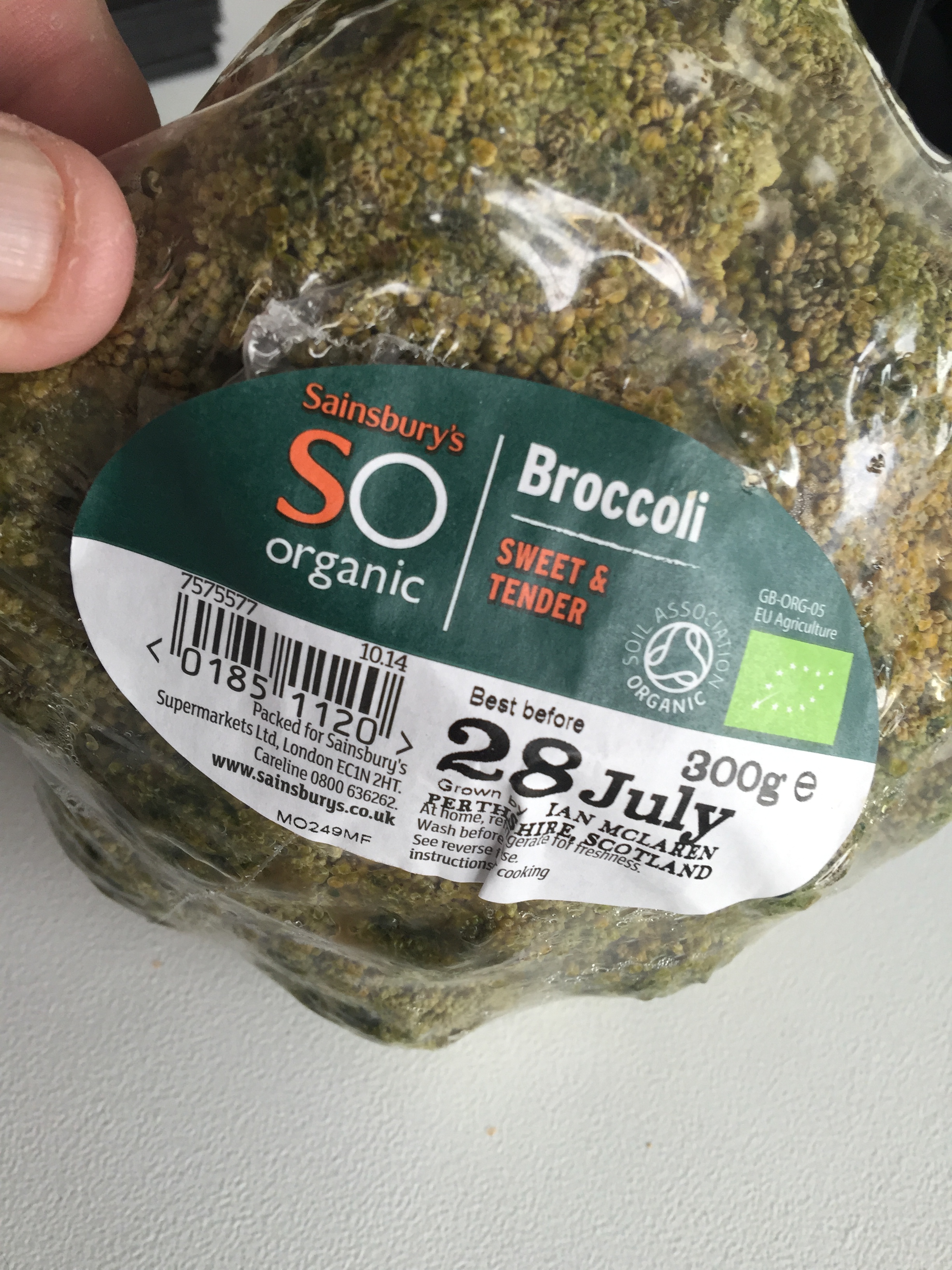 I burst out laughing but when I realised she was serious I asked for a better explanation. She explained that because the spider was from a farm in Scotland where the broccoli was grown that it wasn’t dangerous therefore I shouldn’t be bothered by it.

Good job I don’t suffer from Arachnophobia but never mind the spider’s only a wee Scotch one.

The supervisor was as blasé about it as the first lady so I did something I very rarely do. I told her that I was the editor of a local magazine company with a readership of more than 100,000 and that our readers would probably find this an interesting and entertaining tale – The Adventures of the Scottish Spider from Sainsbury’s!

This created a visible shift in her attitude and a manager came along apologising, explaining how it might have happened and offering me an £11.40 gift card by way of saying sorry  (they offered £10 but I pointed out I hadn’t been refunded for the broccoli).

Now this wasn’t about the money at all. It was the principle and the comparison between the way Marks and Spencer dealt with an issue and Sainsbury’s did were at polar opposites of the customer service scale.

I left M & S feeling valued and walked out of Sainsbury’s annoyed, especially as I thought that if I hadn’t played the ‘editor’ card I would’ve been dismissed and that is probably the experience of others who had similar and genuine complaints.

It taught me two things. Always check fruit and veg for little stowaways and that M & S have infinitely better customer service than Sainsbury’s.

M & S seemed to have a system to deal with my complaint which meant I was in and out of there in two minutes.

Sainsbury’s literally made it up as they went along – The first worker saying no chance of compensation, the supervisor giving all Scottish spiders’ safety clearance and the manager then eventually did the right thing albeit under pressure to deliver a good outcome for the customer.

It took 20 minutes in total and I know where I’ll be buying my broccoli from in the future.