The Conservative Party have selected a long-term Tory campaigner as it’s Parliamentary Candidate for Watford.

Dean Russell, a former Parliamentary Candidate, was picked over two other candidates to take over from Richard Harrington MP for Watford, if elected, who announced in August that he will be stepping down at the next General Election.

Mr Russell, a founder of a leadership consultancy and Win That Pitch brand, has an ambition to make Watford the UK’s first ‘Tech-Town’ and work closely with education.

The mental health supporter, who has “committed his whole career to helping people”, also wants to work with schools, hospitals and emergency services to ensure we have an inclusive community which works for everyone. 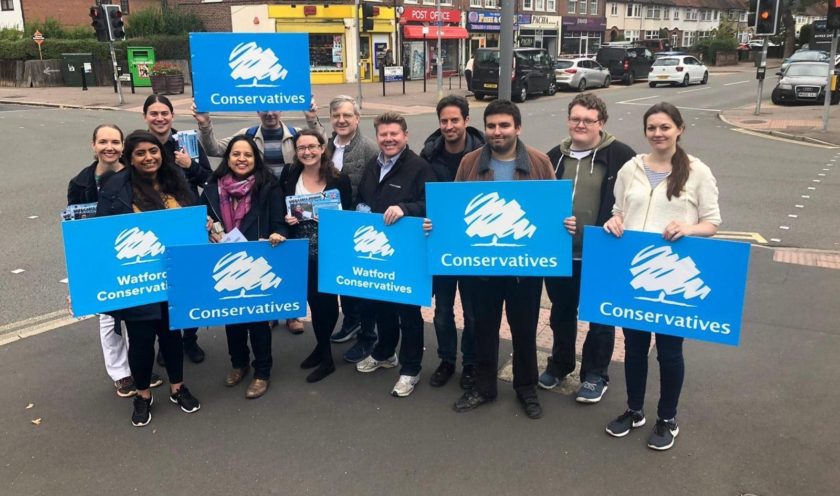 Speaking to WatfordNews, he explained: “My ambition for Watford isn’t short, I will tell you that. I want to be known as one of the most accessible and engaged MPs in the country. Fighting to ensure the government commits to its funding pledges for our schools, hospitals and police, as well as curating my brand-new entrepreneurial vision for Watford –we are going to make Watford the UKs first truly ‘Tech-Town’

“I am going to ramp up Watford’s reputation as a business hub on a national and international scale. So economically, things are going to develop in Watford with me as your MP. I want to change the state of the hospital, ensuring the funding is managed to see Watford General Hospital become the envy of every other hospital in this country.”

The Harpenden politician, who is increasingly keen to make the move to the constituency, has a very unique connection to Watford where his wife’s family have lived for 130 years.

He said: “I have a deep personal connection to Watford – in fact – you could even say I literally I fell in love with the Town through my wife. As the son of a lorry driver growing up in the 70s and 80s, I have working class roots like many people across Watford.

“Having been a former Herts vice chair for the Federation of Small Business, I understand the daily struggles and hopes of businesses better than most. As a family man, I also believe education is key.”