On Wednesday, August 14, officers were deployed on a day of action as part of Operation Superbois.

Operation Superbois is the West Area response to disrupt organised criminal gangs who are criminally exploiting young children and to disrupt the escalation in violence within the area of Northwood Hills.

The day involved officers from a number of teams, who took part in executing search warrants, identifying outstanding suspects concerned in violent crime and drug offences.

Nine search warrants were secured for early morning action with one resulting in the seizure of a large quantity of cannabis, Class A drugs, firearms and property believed to be stolen or concerned in criminality. 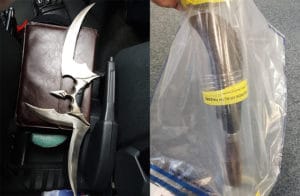 “Drug dealing and the associated anti-social behaviour and related violence will not be left unchallenged and allowed to cause disruption to the residents we serve in our communities.”