Stuart Miles and his friends completed the challenge on June 19 and raised vital funds for children with a disability.

His proud wife Jo said: “Last year after a long walk with friends he joked with them about the number of steps he had walked that day and as a result the challenge was born.   100,000 steps in a day.  The walk was postponed twice due to COVID-19 but finally took place on June 19.”

Talking about how the day went she added: “The group started at 4.30am, there were 11 people in total – mainly from Chorleywood and Rickmansworth.  Some other friends joined from Wargrave in Berkshire.

“We factored in regular food stops and I drove out to meet them several times to provide refreshments. It was important that rest stops were short to avoid muscles seizing up, spirits were generally high but were impacted for people who had blisters. 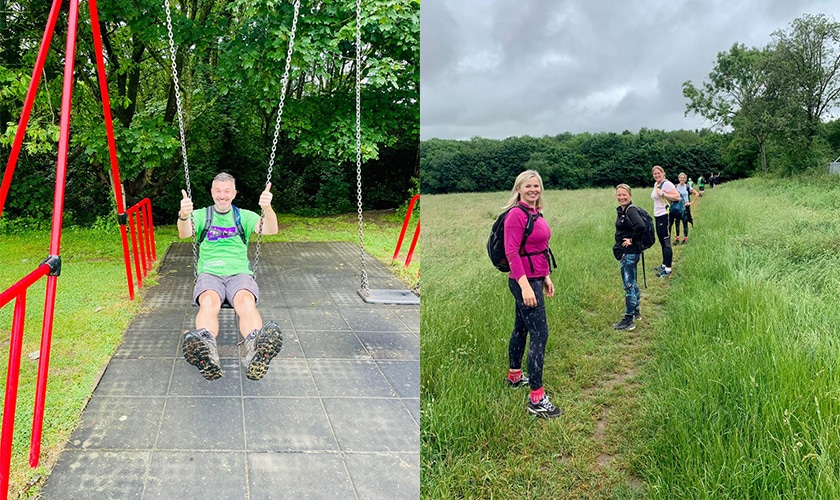 “Multiple changes of shoes helped and in some cases bandages.  Although a lot of prep walks had been done most people had only done half the distance in training as time was a major factor.

“By the end (between 8 – 9pm) many of the walkers had a slightly glazed expression and were walking on autopilot, others were on a huge adrenaline high. All were quickly revived by a glass of bubbly to celebrate and the regular updates regarding donations throughout the day certainly bolstered the spirits.”

Stuart has been supporting Whizz-kidz for several years. He previously undertook a series of events including running the London and Brighton Marathon and a Tough Mudder.

Jo added: “So far £8730 has been raised – over £10,600 with gift aid!    This amount will make a huge difference to young wheelchair users and is a life changing sum.   The gift of independence cannot be underestimated.  Thank you everyone so much.”

Whizz-kidz focuses on giving young people access to the same opportunities that all children should expect.

As well as providing equipment they support them with skills training and give children access to meet other young people, learn new skills and have fun.