UPDATE: Man taken to hospital with serious injuries after crash in Hemel Hempstead

A man has been taken to hospital following a serious road traffic collision in Hemel Hempstead this morning (Thursday, September 19).

At 5.35am police were called to the roundabout of Link Road and Redbourn Road (A4147) following reports of a collision between a man and a white Ford Transit van at the junction of St Agnells Lane.

An ambulance, two rapid response vehicles and an ambulance officer vehicle were called shortly after 5.30am.

One man was transported to Watford General Hospital with serious injuries.

Officers from the Bedfordshire, Cambridgeshire and Hertfordshire (BCH) Road Policing Unit are investigating the incident and remain at the scene. 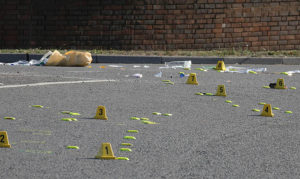 St Agnells Lane is closed. The eastbound carriageway of Link Road is closed and Redbourn Road is also partially closed.

Sergeant Will Hood from the BCH Road Policing Unit said: “Our officers are working to establish the exact circumstances of this incident and are conducting a thorough investigation into the cause of the collision.

“As part of this work we’d like to speak with anyone who witnessed the collision, or the events prior to it – did you see a male pedestrian in this area or a white Transit van before the incident? If so, please contact us.

“Equally, we’d ask motorists in the area around the time of the collision with dash cams to review the footage and call us if they believe they have information that could assist our enquiries.”

Report information online at herts.police.uk/report, speak to an operator in our Force Communications Room via our online web chat at herts.police.uk/contact or call the non-emergency number 101, quoting reference ISR 65 of 19 September.

Delays are expected as Link Road is partially closed, the A4147 have delays north around nine minutes and Link Road has delays east of seven minutes.