> Niks Natter > My battle with BT

My battle with BT 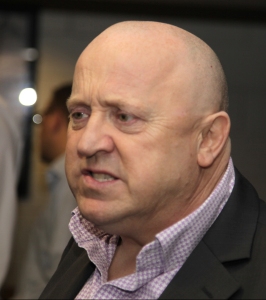 They say moving house is one of the most stressful things you can do. Well having recently moved my business, I can only agree.

Due to continued growth, My News magazines recently moved to bigger premises in Apsley. It should have been a fairly straight forward operation but unfortunately, thanks to the bureaucrats at BT, it was touch and go if the office would be up and running with key infrastructure – you know telephone lines and the internet, the stuff that keeps the wheels of industry turning – in time.

A few months before the move was due to take place I had informed BT we would be changing office and put in a request  for facilities and services to be transferred across.

So it should have been simple right? This is one of Britain’s biggest companies and must deal with such requests all the time?

Unfortunately, this wasn’t the case. After countless hours on hold, listening to elevator music, BT told me they would happily meet my request – by only three weeks after we moved to new premises. Apparently that was the best they could do.

Well this just wasn’t good enough so when my calls and emails failed to penetrate BT’s wall of bureaucracy, I decided to take my case to the top and emailed BT chairman Sr Michael Rake. I’m not sure if my angry missive landed anywhere near Sir Michael’s desk, but it certainly did have an impact and all of a sudden my phone started ringing.

Thankfully, due to my efforts, we were able to hit the ground running the moment we moved into our new offices, but the moral of the story is the squeaky wheel gets the oil. Unfortunately it doesn’t matter if you pay your bills on time, or have been a loyal customer for years,  sometimes things don’t happen unless you make a little bit of noise.

So I urge you all to speak up when the service you receive just isn’t good enough – otherwise your voice just won’t be heard.