A builder accused of conning the National Lottery out of £2.5million said he found his winning ticket under a seat in his van.

Edward Putman, 54, is accused of working with an insider to con the lottery operator Camelot into handing over an unclaimed jackpot.

The jury was read a statement from Camelot worker Dot Renshaw who said:  “I saw a male with a badly damaged ticket.  He was a builder who drove a van and found a ticket under a seat.

“We had paid out on damaged tickets before, but not for a major prize. I explained we couldn’t pay straight away as there was no bottom part of the ticket.”

The jury were read a transcript of the call Eddie Putman made to Maureen Bazin in which he said he had the ticket, which had been bought at a Co-Op store in Worcester.

“I am having palpitations at the moment. I don’t want anyone to know about it either.”

Mr Knibbs, from Bricket Wood, Herts, had been arrested for blackmail following a complaint by Eddie Putman. He allegedly told a former partner Andrew Suckley he had inputted the winning numbers into the company’s system and generated a ticket allowing his accomplice to claim the prize. 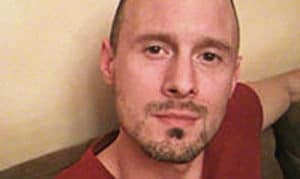 In a statement read to the jury, Mr Suckley said: “He (Giles) seemed on edge, he told me he had conned the lottery. He said three things needed to be done: Camelot and their systems, the shop’s location and ticket. These needed to be married up.”

Mr Suckley said that he was told that during the draw the lottery is frozen and that allowed Giles Knibbs to input the winning set of numbers.

He went on: “There was a delay between the draw and Eddie claiming the ticket because Giles was experimenting with printing tickets. Giles had to throw a few trial tickets away – this took a month.”

In his statement Mr Suckley said: “Giles felt let down and betrayed (by Eddie) and told me he was expecting to receive £1million or more for his part in fraud.”

Some transactions had been paid but he hadn’t received what he was owed.

In a message to Putman, found on Giles phone, the Camelot worker had written: “You have let this relationship down through greed, confrontational behaviour and arrogance.”

Mr Putnam denies that between 28 August and 8 September 2009, together with Giles Knibbs, he committed fraud by false representation.