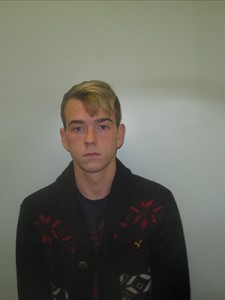 A 21-year-old man from Hatch End has been sentenced to eight years imprisonment for burglary.

Patrick O’Leary, of Carmelite Road, was sentenced on Monday, October 27 at Wood Green Crown Court after pleading guilty to aggravated burglary, actual bodily harm and possession of an offensive weapon in a public place. O’Leary pleaded not guilty to causing grievous bodily harm with intent, but after a trial lasting 3 days, the jury found him unanimously guilty. On the morning of Thursday, February 20, a 67-year-old woman was at home in Huntingdon Road, East Finchley when she heard someone banging at her front door. As she went to the door, it crashed open and three men barged in and two ran upstairs. Fearing for her safety, the woman tried to escape through the front door. One of the men saw her and grabbed her by the arm, slamming the door against her arm causing numbness. He demanded where her valuables were kept and took her to the bedroom where he forced her into handing over £600 in cash. He then threatened her with a screwdriver and demanded to know where her jewellery was before stabbing her in the face, very close to her eye with the screwdriver. As the attacker dragged the woman to the stairs, the doorbell rang and two concerned workmen, who had seen the three men force their way into the victim’s home, waited to be let in. All three suspects then ran out of the front of the house and one of them was detained by the two workmen. As the workmen struggled with the suspect, one of them was stabbed in the leg, shoulder and buttocks with a screwdriver. Only when the other two suspects came back with screwdrivers did the workmen let go. Patrick O’ Leary was arrested in connection to this matter. On Thursday, April 10, O’ Leary was charged with Aggravated Burglary, Grievous Bodily Harm with Intent, Actual Bodily Harm and Possession of an Offensive Weapon in a public place. He appeared at Hendon Magistrates on Friday, 11 April 2014 was remanded in custody. DC Yogini Patel, Investigating Officer from Barnet Serious Acquisitive Crime Unit said: “I am pleased that O’Leary has received a lengthy custodial sentence. This is a particularly violent burglary that could have been worse had it not been for the courageous efforts of the two work men. I hope this will send out a clear message to any burglar coming into Barnet, that they will be dealt with robustly and we will do all that we can to make sure they are brought before the courts at the earliest opportunity and ensure that justice is served.”