A Hemel Hempstead pub which closed in August 2019 is set to reopen in time for The Queen’s Jubilee after a £300,000 refurbishment.

The Jubilee in the Queen’s Square in Adeyfield has received investment that will create seven jobs and a new and improved family-friendly local pub in the town.

The project is being undertaken by Heineken-owned Star Pubs and Bars and will see new licensee Francis Bloss take on the challenge of making the venue a community hub.

The Jubilee pub was first built in the 1950s and is named after Queen Elizabeth II, who visited in 1952 to lay the foundation stone of St Barnabas Church.

Francis said: “Given The Jubilee’s name, we’re working flat out to reopen in time to host festivities to mark the Queen’s Platinum Jubilee and the 70th anniversary of Her Majesty’s visit to the Square – it’ll be a double celebration.

“People are crying out for a great family-friendly local on their doorstep. I’ve been overwhelmed by the excitement and support for the plans. I want The Jubilee to be a hub of the community that caters for all.”

Work at the venue started on April 11 and is expected to be completed by early June.

Star Pubs & Bars’ area manager James Hulston said: “We’re delighted to be finally breaking ground on the refurbishment of The Jubilee and to be working with Francis to give it a new lease of life. The project was delayed by the pandemic but we’re confident the new-look Jubilee will be worth the wait. The investment will make the pub an asset to Adeyfield with a broad appeal and something for everyone.” 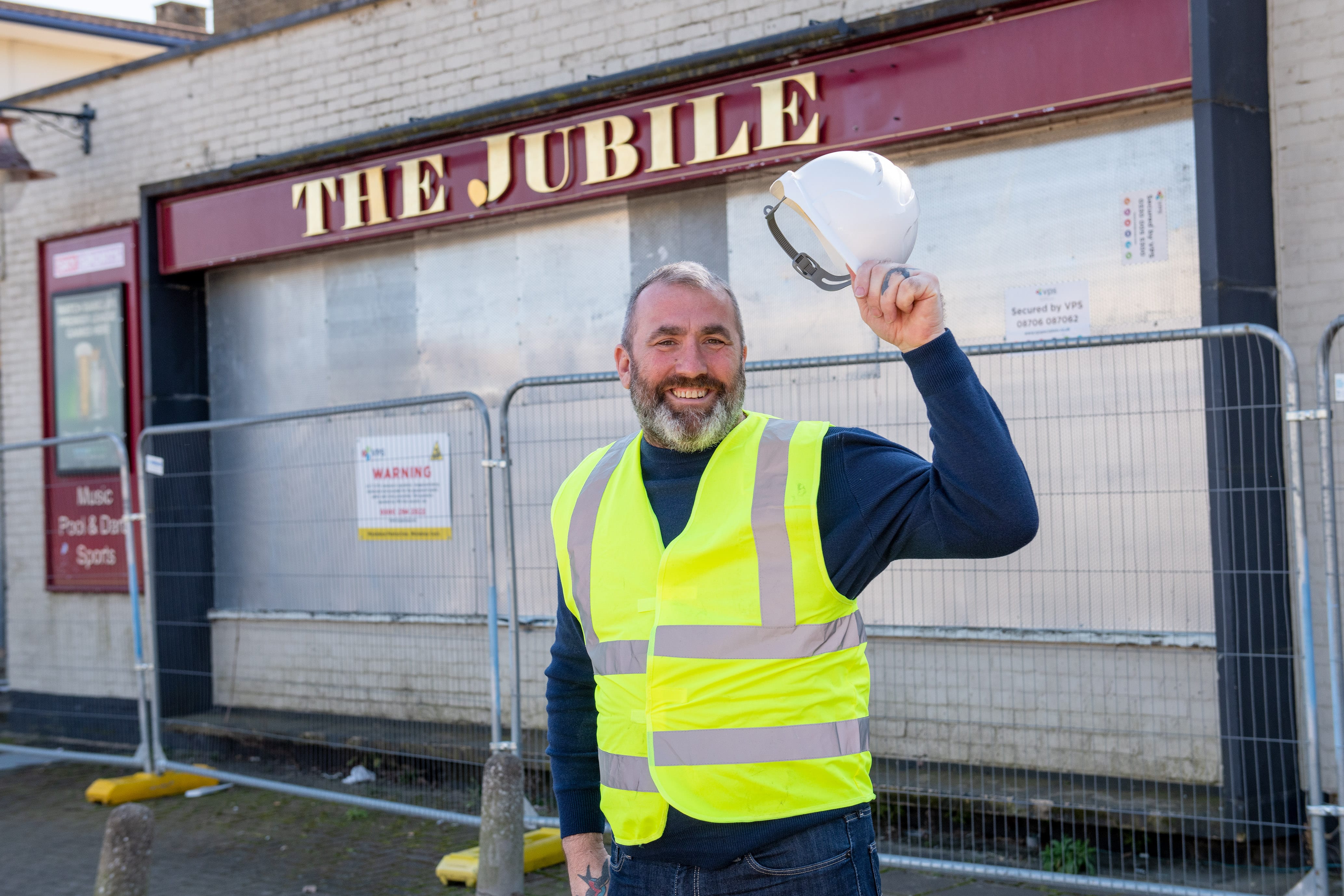