CHAOS: Hundreds of fans flock to supermarket for glimpse of Watford-born YouTube star

Hundreds of fans of YouTubers’ KSI and Logan Paul descended on Asda in Garston today to mark the release of their new energy drink.

The duo, including Watford-born KSI, headed to town to launch their new energy drink Prime.

In videos posted on social media you can see crowds flocking to the red double decker bus the pair arrived on.

Their appearance which was announced by KSI yesterday (June 16) caused traffic disturbance in the area, as hundreds of teenagers filled the car park. 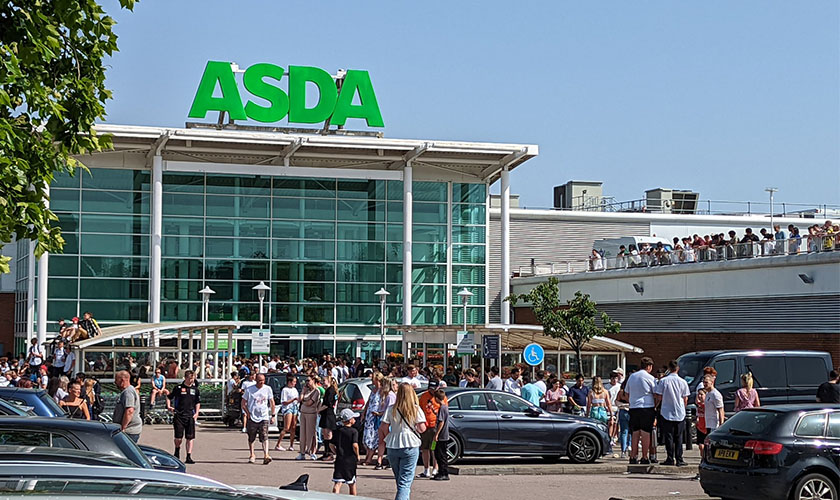 One user tweeted: “Absolute chaos here at Watford Asda, thousands of teenagers, grid locked traffic, KSI and Logan Paul still not arrived, no doubt stuck in their own traffic!!”

Police informed residents that road closures were in place on the A41 in the Colne Way area of Watford.

A spokesperson wrote on Facebook: “Motorists are advised that there is currently traffic disruption around the A41/Colne Way area in Watford.

“People are asked to avoid the area at this time. Thank you.”
The pair were due to head onto Leyton for another launch but this was cancelled.

A spokesperson for Hertfordshire Police said: “Police were called at around 3.30pm on Friday, June 17 to report that a large crowd had gathered in the Colne Way area of #Watford, causing disruption to the surrounding road network.

“Officers attended and road closures were put in place as a safety measure.

“The closures were lifted just after 5pm and officers remained in the area until the crowd had dispersed.

“One person was struck by a vehicle during the incident and was left in the care of the ambulance service.”