> Uncategorized > CAN YOU HELP? Scottish woman uncovers life of Titanic sailor who once lived in Chorleywood

CAN YOU HELP? Scottish woman uncovers life of Titanic sailor who once lived in Chorleywood

The search is on to find a relative of a man that used to live in Chorleywood after a woman from Scotland purchased an old sailor’s trunk from a charity shop.

The connection to the village was first discovered when Elaine Turnbull, from Aberdeen, brought the trunk to use as a quirky coffee table.

Inside is a label which reads ‘Mr D.W Blair, 81 The Main Way, Chorleywood, Herts’.

After some research by Elaine and her son, they believe the trunk has a connection to David Blair (circled red), a merchant sailor who worked for White Star Line, the company that owned the Titanic. 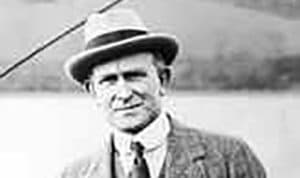 David (1874-1955) was part of the Titanic’s sea trials from Ireland to Southampton as second officer but was later demoted in a personnel change which saw David swap with chief officer Henry Wilde.

In his haste to leave the ship it has been widely reported he accidentally kept a key to a storage locker believed to contain binoculars intended for use by the crow’s nest lookout.

According to research by Chorleywood U3A historian David Hiddleston, he believes The Main Way is now known as Whitelands Avenue which was meant to connect Little Chalfont and Chroleywood but was halted due to the war effort.

It is believed David also lived in Stanmore and Hendon, London, where he died in 1955 aged 80. He had a son Don(ald) Blair a school teacher and author of lake district hiking books (Exploring Lakeland Tarns: A Complete Guide), now deceased, and three step sons Neil, Nigel, and Iain Douglas.

Elaine said she is willing to give this important memento back to relatives if they can be found.

So far ChorleywoodNews has been unable to trace the three stepsons.

If anyone has any information on the whereabouts of Neil, Nigel or Iain, or could help tracing the relatives, please email Alex at newshub@mynewsmag.co.uk