Watford’s heroes who selflessly give their time to help others in the town are being recognised in nine different categories at the 17th Audentior Awards ceremony tonight (March 4).

The Audentior Awards are held annually by the mayor and the chairman of Watford Borough Council, with people from all walks of life being rewarded for their dedication to making the town a fantastic place to live.

This is the first ceremony that has been held since the start of the pandemic and will honour the shining stars who stepped up to support others.

First up to be presented was the Contribution to Sport & Healthy Living Award, sponsored by Everyone Active, which was won by Watford Gymnastics club.

The club who go by the motto have “the best hour of your week” was presented the award for their dedication to encouraging children of all abilities to learn new skills and grow their confidence in a fun and safe environment. 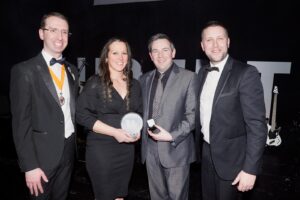 Next was the Carer of the Year Award, sponsored by Scala Financial Services, which was won by Gary O’Brien who set up his own business to give young adults with learning and physical disabilities the opportunity to lead a fun and adventurous life.

Unfortunately, Gary was not able to collect his award in person due to a positive COVID test, so his kids collected his award on his behalf.

The Pride in Watford award, sponsored by Murrill, was won by Caleb Ratcliff who selflessly chose to hold a litter-picking party for his seventh birthday. 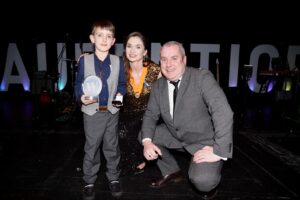 Eastbury Road Refuse Crew took home the Public Service Award, which was sponsored by Veoila, for never missing a collection throughout the pandemic.

Next was Charity Worker of the Year Award, sponsored by Camelot. The award went to Brick by Brick Communities, who held several virtual wellbeing events throughout the pandemic as well as providing food and other essentials to residents.

The trio was honoured for their commitment to supporting vulnerable members throughout the pandemic. 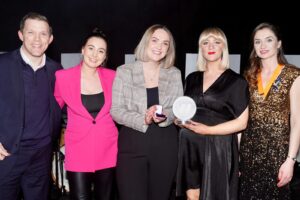 Chairman’s Culture Award went to Amma Gyan, who worked with the council to create a creative space at Vicarage Road Cemetery.

The Good Neighbour Award, sponsored by Watford FC went to Phyllis Chase for her efforts to make masks, bags and scrubs for the PPE Project of the Church of Jesus Christ of Latter Day Saints. She also shares the responsibility of contacting members of the Caring Sharing Friends on a weekly basis to make sure everyone is looked after.

The last award to be presented was the Mayors’ Award, sponsored by Warner Bros. Studio, which is very special achievement award celebrating a person for their outstanding contribution and dedication to the town.

Elected Mayor, Peter Taylor took to the stage to present the award, voted for the by the public, which went to Saud Hafiz.

Saud set up West Herts ABC during the national lockdown and works tirelessly to share his passion for boxing and fitness.

His welcoming attitude and a real desire to extend his reach to as many people as possible has helped turn the lives around of so many people within Watford. 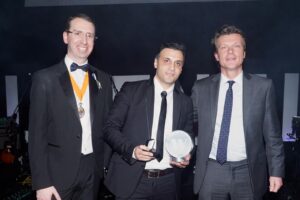 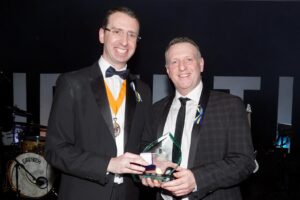